Great Jewish leaders dream big, articulate aspirations, remove barriers, engage in expert problem-solving, and then do everything within their power to bring their vision to reality.

We have an incredible vision of what the CJP can and will be and have recruited staff and board members with the qualities essential to our success.

Our Board of Directors is comprised of leaders from throughout our community. As members of the Board, these volunteers are charged with the responsibility of assuring the integrity of our organization by overseeing financial, structural, and policy decisions that guide the organization, staff, and volunteers. 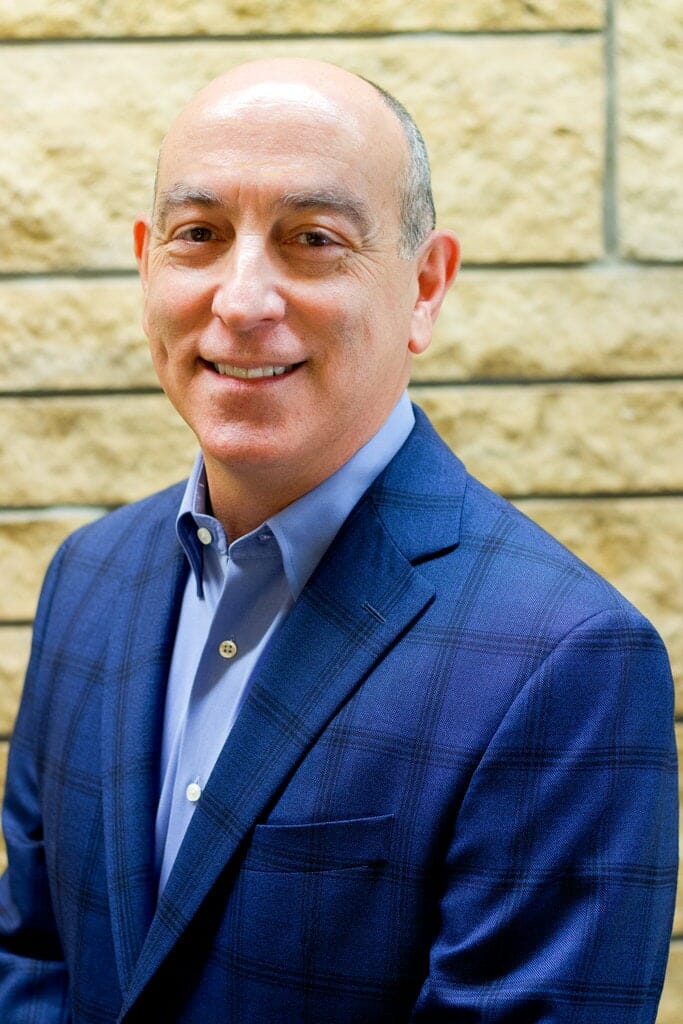 Rich was named Chief Executive Officer of the Center for Jewish Philanthropy, upon its inception in January 2022. Rich assumed this role after serving as President and CEO of the Jewish Community Foundation since 2013, having brought more than 20 years of valuable experience in law, nonprofit governance, community building, and philanthropy to the organization. Prior to working for the Jewish Community Foundation, he enjoyed a successful law career, most recently as a partner with Ryan Rapp & Underwood PLC, where he provided legal counsel for many secular and Jewish nonprofit organizations, individuals, and publicly traded or closely held companies.

Before Ryan Rapp & Underwood PLC, Rich worked as the Arizona Regional Director for the Anti-Defamation League, Vice President of Professional Services at the Arizona Community Foundation, and as an attorney at Fennemore Craig, P.C.

A graduate of Oberlin College, Rich earned his Juris Doctor from the University of Southern California’s Gould School of Law. 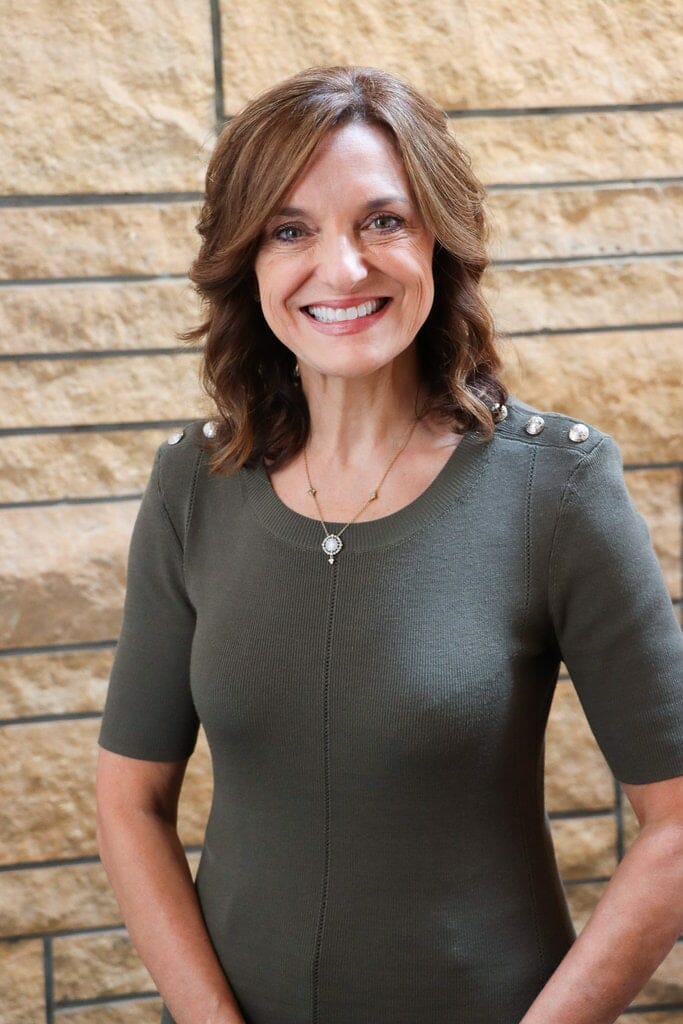 Gail Baer has been committed to serving the Phoenix community since she and her husband, Michael, and three children relocated to Arizona 17 years ago. Working for Grant Thornton, an accounting firm, Gail helped launch the organization’s corporate giving initiative.

Through the program, Gail helped young team members understand the importance of volunteerism; supported executive leadership in their efforts to join boards of directors and guided the firm’s financial commitments to important causes in the community.

In 2011, she left her private-sector career for the nonprofit world, first for a position with Valley of the Sun United Way and then in 2016, with five years of dedicated service under her belt, to Jewish Family & Children’s Service.

Gail’s time at JFCS showed her first-hand how generous the community can be and how that generosity can transform lives. And now, in her new role with the Foundation and the Federation, the possibilities for impact are endless as she works to create life-changing philanthropy plans for our entire community. 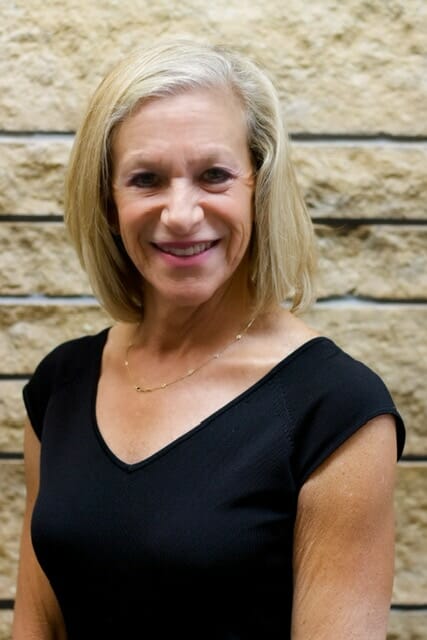 Known for developing collaborative relationships and partnerships with both for-profit and nonprofit organizations and executing programs that benefit and impact the greater community, Alison Johnston has been contracted to serve as our Chief of Staff. Working alongside Rich Kasper, she will be an integral part of the integration effort.

A longtime Scottsdale resident, Alison is an avid golfer and fitness enthusiast, enjoying the outdoors and spending time with her husband, James, and son Trevor. 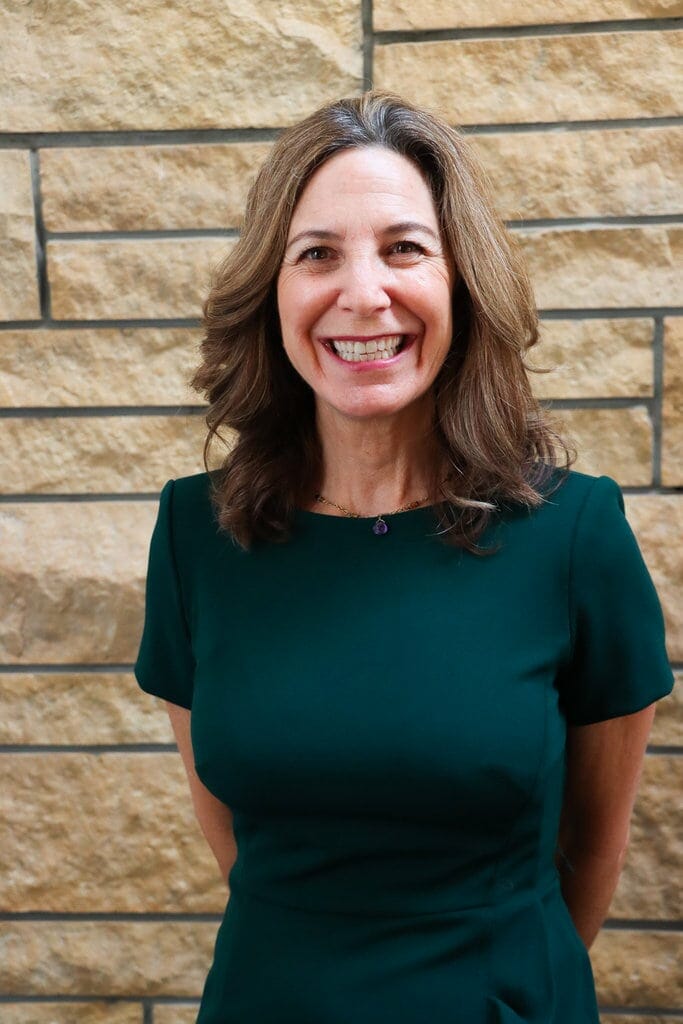 As Director of Philanthropy, Audrey is responsible for cultivating existing and prospective donors in supporting CJP through annual-giving programs. In addition, she partners with various groups within the CJP to steward and deepen relationships through education and engagement.

A dynamic and passionate non-profit leader with a strong commitment to a team-based approach, Audrey has more than 20 years of experience in various senior-level roles including fundraising and program development. Most recently, she was the associate director of fundraising for the Jewish National Fund.

A native Tucsonan and Phoenix resident, Lewis has a Bachelor of Arts degree in marketing and psychology from the University of Arizona. 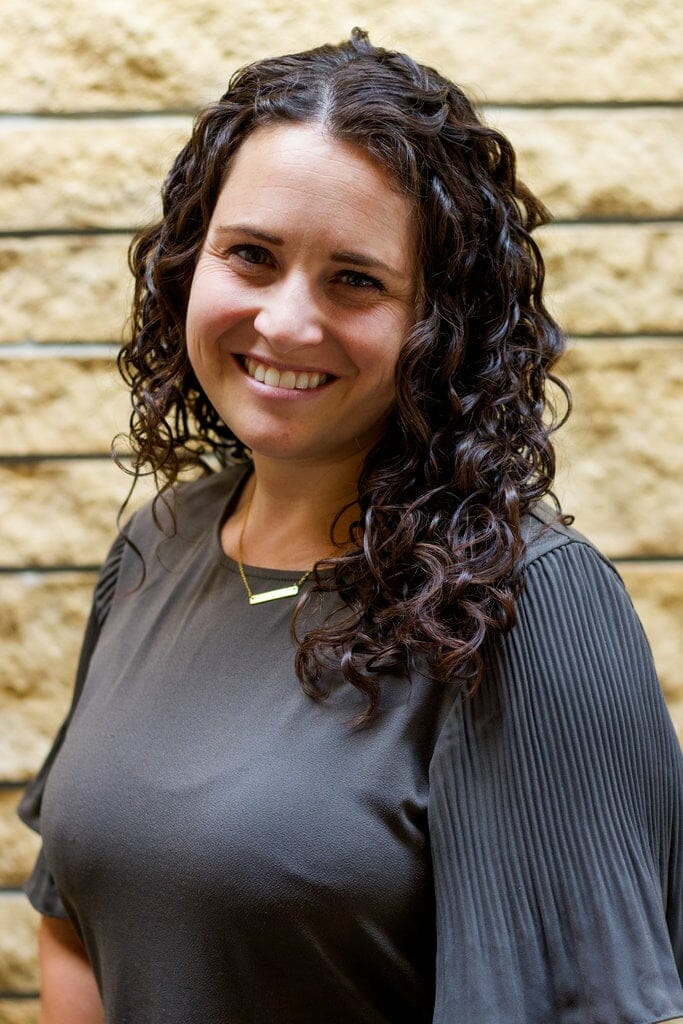 As Senior Director, Community Engagement, Kaylie oversees the CJP’s Women IN Philanthropy, Business & Professionals, and NowGen programs, with and general oversight of all community engagement programs.

Most recently, Kaylie held the position of associate executive director at Temple Chai. Prior to her role with Temple Chai, she was executive director at Swift Youth Foundation, an Arizona-based nonprofit that fosters positive mentor relationships between at-risk youth and college-bound teens through fun and enriching overnight camps, after-school, and weekend programs.

Kaylie earned both her Bachelor’s in Ethnic Studies and Women & Gender Studies and a Master’s in Public Administration concentrating in Nonprofit Management at the University of Colorado. Kaylie is a Phoenix native who enjoys traveling, hiking, and spending time with her husband David, their two children, Harper and Beckett, and their dog, Avery. 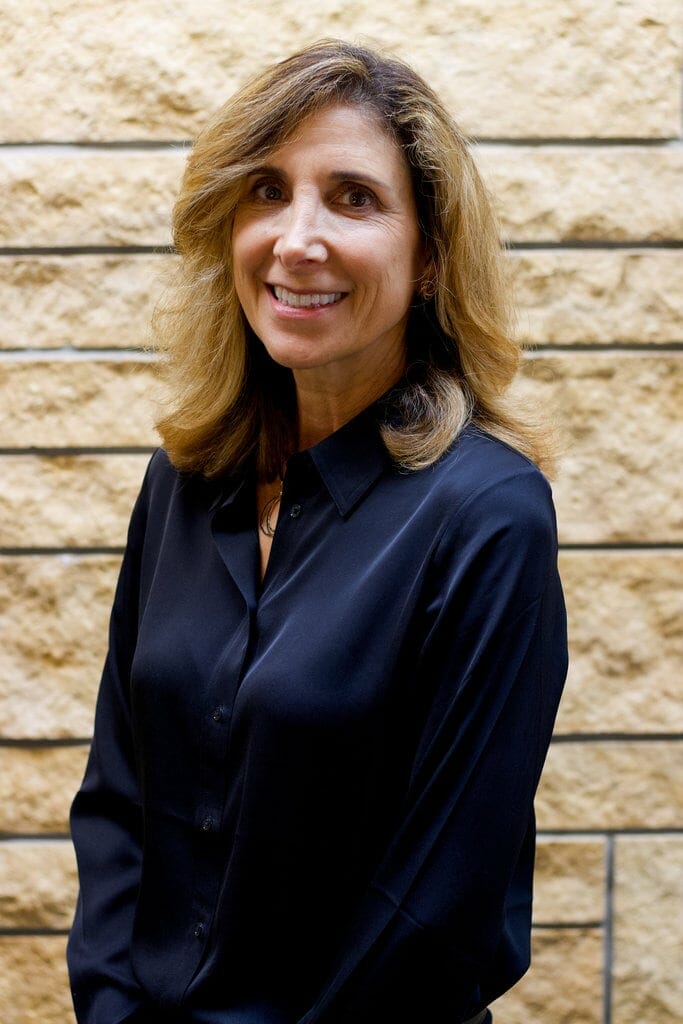 Julie joined the Center for Jewish Philanthropy in early summer 2021, after having served on the Jewish Federation’s finance committee for a few years. She is originally from Northern New Jersey and moved to Scottsdale, Arizona from Washington, D.C. in 1996. Julie earned a BBA in Accounting from Emory University and is a licensed CPA.  She began her career at KPMG Peat Marwick in Short Hills, NJ, and Washington DC. After her move to Arizona, Julie had the privilege to serve as the director of operations for a local foundation that promotes international adoption and produced an award-winning documentary film. Prior to joining the Center for Jewish Philanthropy, Julie was the director of finance for a luxury, green skincare brand.

In her spare time, Julie enjoys yoga, walking, and spending time with her husband Jeff, and their four grown children. 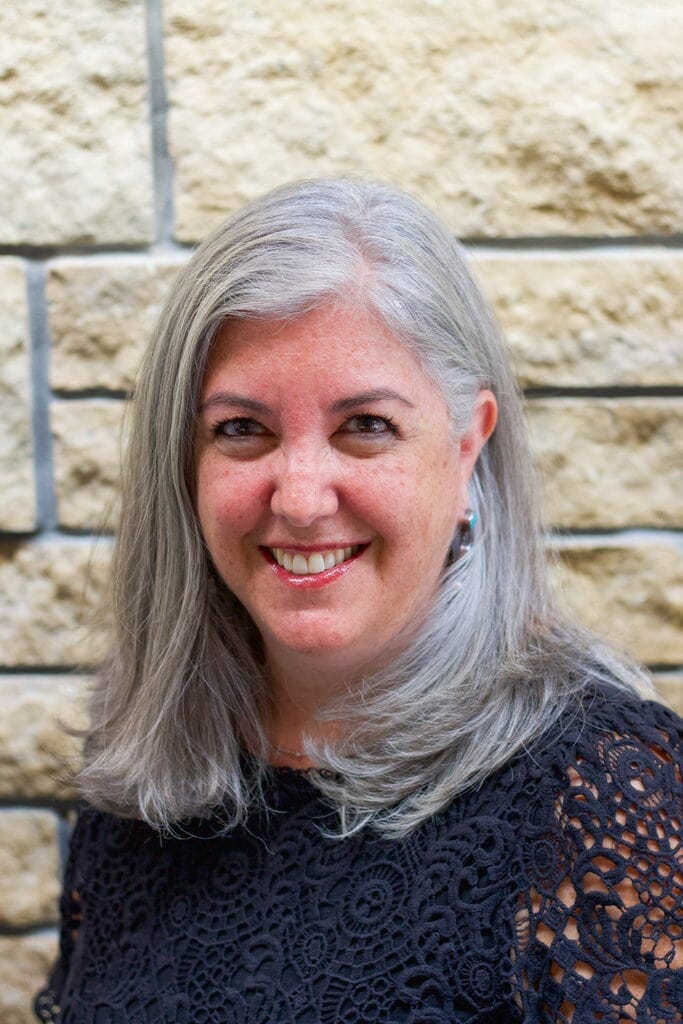 After 20+ years in public relations, Sheryl took the best of her PR skills and applied them to development work and began her tenure at the Jewish Federation of Greater Phoenix in 2017 as director of campaign and women’s philanthropy. When the opportunity presented itself to guide the marketing and launch of Center for Jewish Philanthropy of Greater Phoenix, Sheryl was excited to return to her PR/marketing roots and lend her expertise to developing and positioning this new organization for maximum impact in our local Jewish community.

Sheryl grew up in New Jersey and spent her first 30 years on the East Coast. She earned her undergraduate degree in sociology from The George Washington University and a Master of Arts in strategic communication from the Newhouse School at Syracuse University. After living in and working for numerous PR agencies in New York City, Sheryl moved west to Scottsdale in 2002 in search of a better quality of life. She happily found it, and then some! After a move to Los Angeles for her husband’s work, she landed in Tucson as the corporate director of public relations for Canyon Ranch. After almost eight years in Tucson, it was time for a change, and Scottsdale was calling her back again — where she has been ever since.

Sheryl is a member of the Board of Directors of Congregation Or Tzion and she and her husband Michael have two children, Hayden and Sydney. 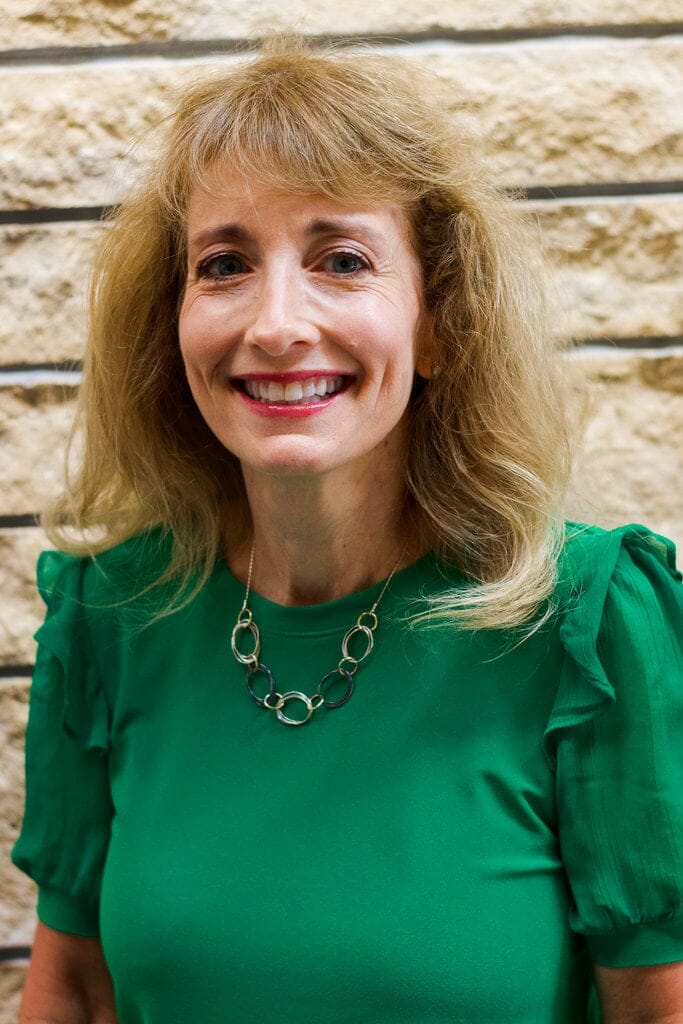 As Vice President, Community Impact, Sheryl oversees CJP’s annual grantmaking process, including annual campaign and endowment grants to best meet the needs of our community. On the planning side, her role is to bring together community organizations to address issues on a larger scale and understand our community’s needs and priorities. Having served as both a grant maker and a grant seeker, she brings a unique and valuable perspective to the process.

Prior to the CJP’s formation, Sheryl worked at the Jewish Community Foundation of Greater Phoenix from 1995-2005, and returned in 2010, after working at Planned Parenthood Arizona, serving as Corporate and Foundation Relations Manager, and as the Director of Development at the ASU Sandra Day O’Connor College of Law. Sheryl earned her Bachelor of Arts degree in journalism and mass media from Rutgers University, served as a mentor for two years in the Women’s Leadership Institute, completed the two-year Hadassah Leadership Academy, the AFP mentoring program, and has served on the Local Board of the Maricopa County Emergency Food and Shelter Program since 2010. Outside work, Sheryl enjoys travel, theater, Pickleball, spending time with her husband and their two children, and most of all, anything that adds laughter to her day. 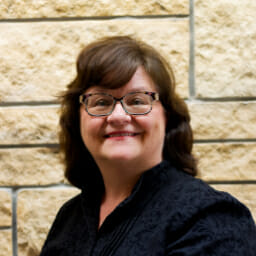 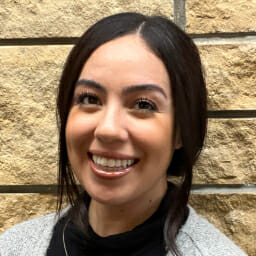 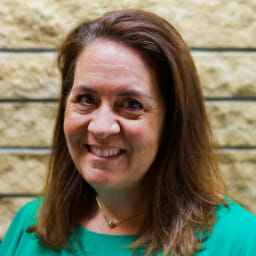 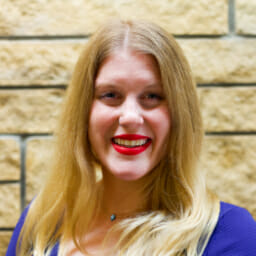 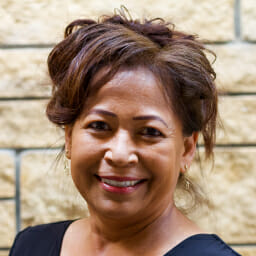 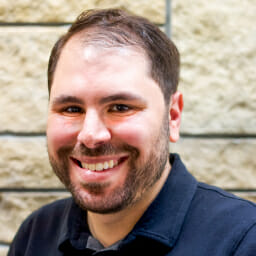 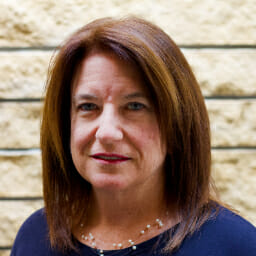 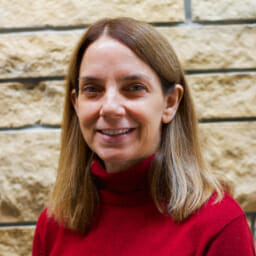 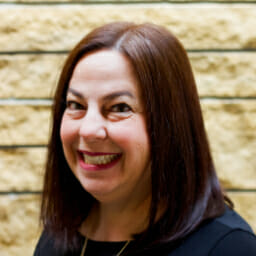 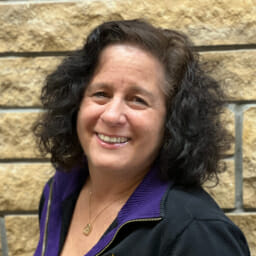 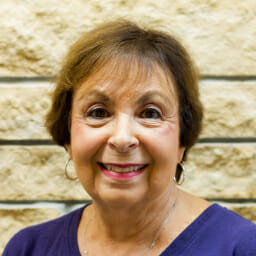 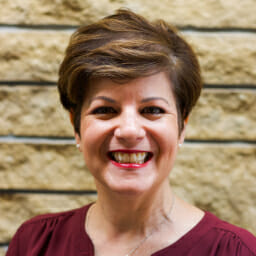 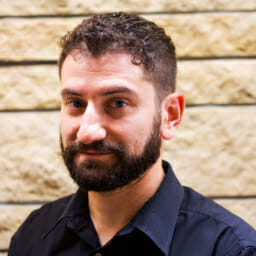 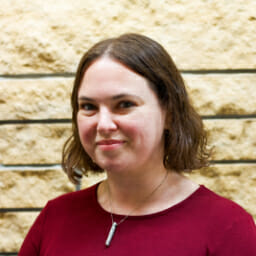 Center for Jewish Philanthropy Board of Directors

Stay up to date with Phoenix CJP!

Never miss important news and always be informed about recent happenings with the CJP.

We connect and serve the Greater Phoenix community by inspiring philanthropy that supports and enlivens Jewish life locally, in Israel, and around the world.